​​Randwick return for Lord of The Sky 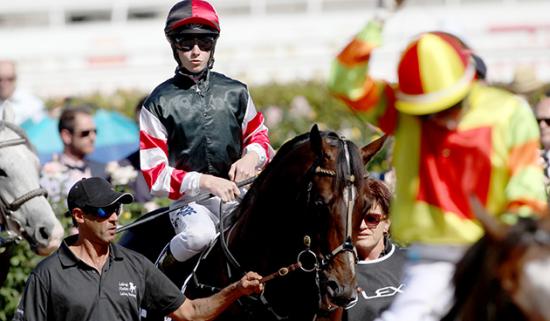 Randwick return for Lord of The Sky

A minor infection was the cause of Lord Of The Sky's scratching from last week's Oakleigh Plate, and trainer Robbie Laing will now kick off the sprinter's autumn campaign in Sydney.

The Cranbourne trainer paid up a late entry fee for Lord Of The Sky in the Group 2 Challenge Stakes (1000m) at Randwick - a weight-for-age sprint worth $500,000, in which he is set to jump from barrier five of 11.

Laing said the Danerich entire is all patched up after his latest setback, which came about after an innocuous incident in his stable - having been sidelined from the Spring Carnival due to a tendon issue.

"He'd been laying down in his box - we bed him on straw, to help with his allergies to dust," Laing said.

"And he'd actually gone through the straw, and scraped the side of his hock on the concrete.

"And typical of horses full of grain, it blew up and was a little bit infected.

"He had treatment on Friday to help him, and couldn't run Saturday."

Laing said he preferred wet ground for his charge, but that doesn't look likely according to the forecast in Sydney this week.

But all roads lead back to the TJ Smith Stakes, in which Lord Of The Sky was just headed by Chautauqua in the final stride of the $2.5 million sprint last year - and Saturday's race will be his first back at the scene of his near-miss that day.

"It's like the one that got away," Laing said of Lord Of The Sky's career-best run.

"Maybe we were lucky to run that close. That's probably the general consensus.

"But if we get a wet track again, and he's on song, he can take a lot of running down."