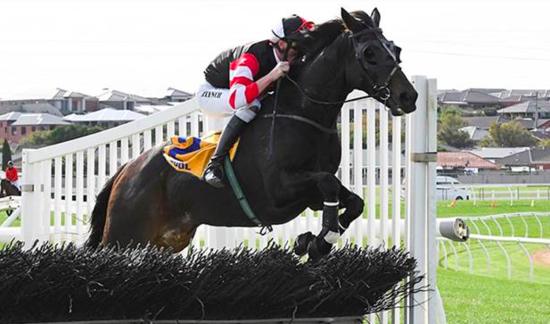 He was destined for much greater things but after 981 winless days, the connections of Darabad were glad to be simply looking ahead to a jumping future after the expensive import took the opening maiden hurdle on Day 1 of the Warrnambool May Racing Carnival.

Breaking an eight-year drought at the Carnival for trainer Robbie Laing, Darabad led throughout in the 3200-metre maiden to record an impressive eight-length victory over Hakuna Matata, with Andrea Mantegna a length-and-three-quarters further away in third place.

Darabad was bred by the Aga Khan and being out of the 2009 Hong Kong Vase winner Daryakana, his early goals were lofty.

After an encouraging start to his career in France, he caught the eye of Laing after his first and only win in 2016 as one of Laing's loyal owners Ray Montague was looking to secure a Melbourne Cup horse.

Darabad did not measure up to that either but after Montague convinced jumps lover Colin McKenna to join the syndicate last year, his future was always going to be over the jumps.

At the winning presentation, McKenna said connections hopeful are the breakthrough win could lead to a bright future next year where the Grand Annual Steeplechase will come onto his radar.

The victory was Laing's 21st over the Warrnambool Carnival and his first since winning the 2011 Brierly Steeplechase with Vindicating.