Two Winners to start the Season 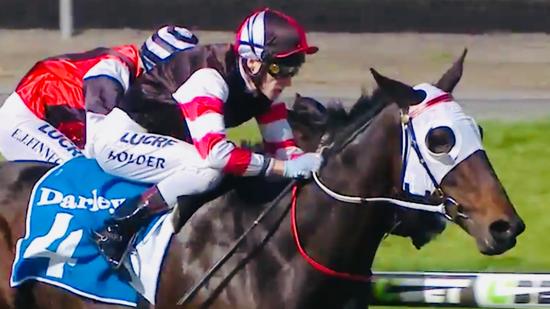 Robbie Laing Racing has had an outstanding start to the 2018-19 Victorian trainers premiership after guiding home two winners in the first 4 days of the new season. With MISSROCK waiting in the wings for a Spring Carnival campaign and THORONDOR looking likely to really impress as a 3YO there is a lot to get excited about in the Cranbourne stables.

STORNAWAY has come back in great order this campaign and has a real will to win. He has been unstoppable when the team ventures to Pakenham bring up back to back victories. Noel Callow really got going on the son of Denman and the toughness really shone through as he chased gamely to win the BM58 Hcp over the 1400m. It looks like the best is still to come and he will be looking to progress through the grades especially when the races return to the Racing.com Park.

The other success story came from a source that hasn’t saluted since November 2016. The experienced stayer from Robbie Laing Racing found the right race at Morphettville with the step back to the 1900m proving a master stroke from the team. The Al Maher mare was ridden quietly under the watchful eye of Jason Holder and when he felt for her there was plenty left in the tank. CINNAMON CARTER loomed large at the 200m and although losing her bearings once finding the front was too good. It was win number 8 as she eclipsed the $250,000 mark in prizemoney rewarding her adoring owners and showcasing the stable beautifully.