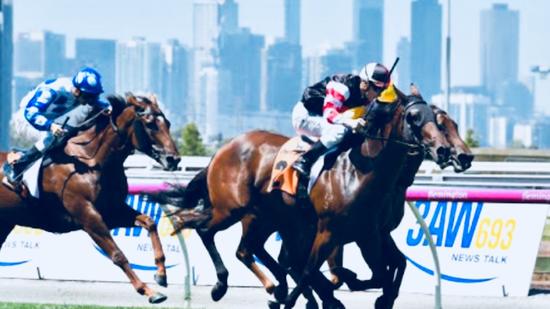 The Brisbane Carnival is saving something special as the curtains are drawn on QLD’s Gr1’s.

The Tatts Tiara is always heavily contested and draws the best fillies and mares from around the country in hope of saluting on the big stage. Last year it was TYCOON TARA who caused a boil over holding off hold off the likes of IN HER TIME and PROMPT RESPONSE.

The 2018 edition will see the pride of Robbie Laing Racing MISSROCK venture north looking to replicate that sensational run that saw her match motors with Group 1 Goodwood/Group 1 Stradbroke winner SANTA ANA LANE. The flashy Fastnet Rock mare has been building beautifully into this and the astute form analyst would find a 2nd placing in the 2017 Gr2 Sapphire Stakes where our then 3YO filly beat the 2017 Tatts Tiara winner Tycoon Tara convincingly.

Robbie continues to be blown away by her progress and has reported that “she galloped really well this morning @ Doomben causing plenty of hype for those on course watching. We are hoping for a good draw and with QLD’s hoop Michael Cahill taking the sit and she should run a big race”.