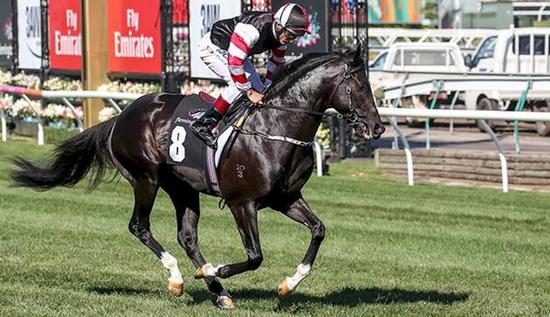 Trainer Robbie Laing claims his talented four-year-old So Si Bon is so versatile he might be able to emulate the incredible 1989 feat of Cole Diesel by winning a Toorak Handicap and then a Caulfield Cup seven days later.

So Si Bon caught the eye first-up with a slashing fresh run at Flemington and Laing said he was likely to run the horse at Caulfield on Saturday week before setting him towards the lofty Group 1 double in October.

"I might do a Cole Diesel and run him in the Toorak Handicap and then Caulfield Cup," Laing said on Tuesday.

"He can run all distances. He ran fourth in the (Victoria) Derby and I thought he was a good thing beaten. He missed the kick, gave them 15 lengths start and ran fourth."

In 1989, the Greg Mance-owned and trained Cole Diesel won the 1600-metre Toorak Handicap with a late burst and then seven days later backed up in the 2400-metre Caulfield Cup to again round up the field to score.

So Si Bon turned in an impressive first-up fresh run over 1000m at Flemington when he beat all but Sunday Escape after coming from last and Laing said he was looking to run him again on Memsie Stakes Day.

"We could see him at Caulfield over 1100 metres on Saturday. We'd love to go to the Memsie but all the good judges tell me that no way known will he get a run as he's only an 88-rater," he said.

"At the end of the day, he's only won a Pakenham maiden so he gets into races like the Bobbie Lewis and the Sir Rupert Clarke on the minimum.

"Gee, you think he'd be hard to beat over 1400 metres on the minimum in three or four weeks' time."

Laing was speaking from Moonee Valley where he took a handful of other spring hopefuls for a gallop. Afterwards he said his three-year-old Frankel My Dear was set to run at the track this Saturday, along with Missrock and his imported stayer Darabad.

"Frankel My Dear is improving all the time," he said. "Three months ago he was flat winning an average trial but he's just improved. He went to seconds in trials and then winning trials and his run the other day was great. His last sectional was good and he's improved again.

"He put it to Missrock throughout their work this morning and I thought their work was exceptional."

"We are going to bring her forward to run on Saturday because on the Mornington Peninsula it has been so wet and we've been starved of a lot of grass gallops and I don't want to go to the races we've picked out for her in a month's time underdone," he said.

Darabad will also reappear after being gelded during his spell.

"Darabad needs to get going and so he'll run in the 1600," he said. "They'll be a bit quick for him but he's a gelding now and is far more genuine. His work is much better this time in.

"Ultimately, the Melbourne Cup (is his goal) but it's a hard race to get into so he'll have to win a Herbert Power or a Geelong Cup."