Australian Derby 2017: So Si Bon can turn tables on conquerors 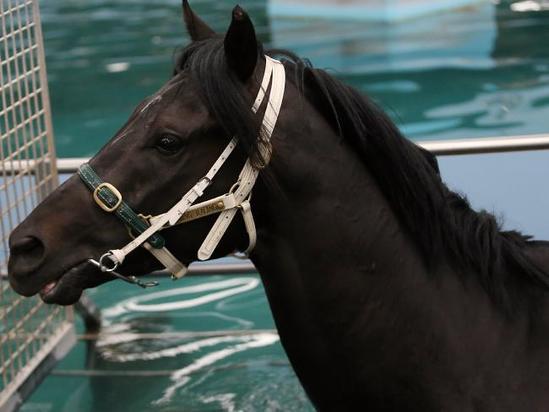 ROBBIE Laing has an armful of reasons to think So Si Bon is a leading chance in Saturday’s 2400m Australian Derby at Randwick.

The trainer said that although Inference had beaten So Si Bon twice, it wasn’t by much, and the son of So You Think could turn the tables.

“There’s little between them,’’ Laing said.

“In the Victoria Derby, ­Inference finished third and we finished fourth, but we missed the start by three lengths and went back to last and had a troubled run while Inference got inside runs throughout.

“Last start in the Rosehill Guineas there was only a short half-head between them and that was So Si Bon’s first run that way of going.”

Laing said So Si Bon had drawn barrier nine at Rosehill, while Inference had three and Gingernuts four.

“I’d love him to get a good barrier on Tuesday. He’s ­always drawing out in these big races,” he said.

Laing said although Gingernuts won the Guineas easily, he hoped So Si Bon’s superior fitness could prove decisive on Saturday.

“We were third-up in that race. Also I think the New Zealand horses, which have contested the New Zealand Derby, have a fitness advantage over us at their first run here but that will even up at their next start,” he said.

So Si Bon ran a good fourth in the 2400m Zipping Classic at Sandown in November.

“I don’t think the distance will be a problem.”

Kerrin McEvoy, who rode So Si Bon in the Rosehill Guineas, retains the mount.

Laing will float So Si Bon to Sydney on Thursday.