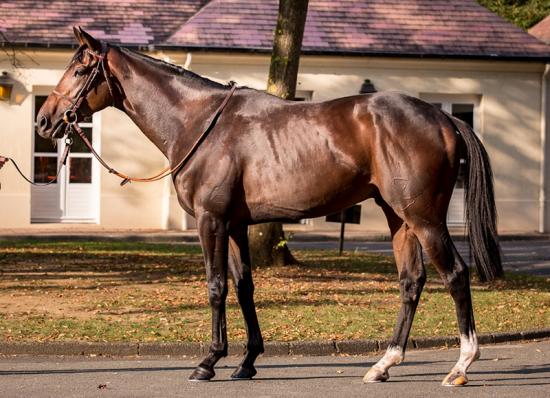 We are delighted to have the very promising young French stayer, Darabad join our stable.  Bred by the Aga Khan Stud, he was purchased on Sunday morning from the ARQANA Sale at Chantilly, France.  Darabad will be flying over to Australia in late November and be aiming to qualify for the 2017 Emirates Melbourne Cup through races like the Sydney Cup in the Autumn.  A big horse, standing at 16.3hh, he will be turning 4 in Northern Hemisphere time in January.

From his 7 starts, he is a already a winner over 2400m in the Listed Grand Prix at Clairefontaine, with a further five placings, including a fourth in the G2 Prix d' Esconsville over 2000m at Chantilly.  Still an entire, Darabad is by Champion sire, Dansili who has produced the likes of Grand Marshal, Dandino, Forteller and Arc winner, Rail Link.

Congratulations to his wonderful group of owners on the purchase of this exciting young stayer.  We look forward to his arrival.