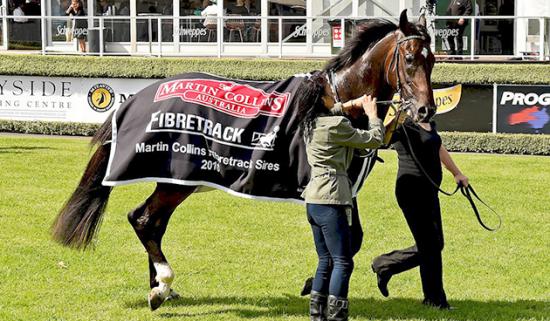 The Martin Collins Fibretrack Mornington Sires’ (1500m) is quickly establishing itself as a good launching pad for two-year-olds with better things in store for this year’s winner Jaws Of Steel.

This was just the second edition of the $100,000 race, but it’s already proving a worthy addition to the Mornington Cup program.

Last year it was won by the Jason Warren-trained The Barrister, who subsequently won a Listed race in Sydney before being sold to Hong Kong for somewhere in the vicinity of $750,000.

While Jaws Of Steel’s trainer Robbie Laing could only dream of that type of return, he’s confident the colt will continue to step up to the mark.

It bodes well for his future.

“Gee he won with authority today - he’s not a bad horse,” Laing said.

“When he strode up to them on the corner I thought he had a lapful of horse and won accordingly.

“The Sires Produce in Adelaide would be a nice race for him.”